Tiger preps for Masters with his own backyard Augusta

Four-time US Masters champion Tiger Woods may well be whistling that famous Al Jolson song ‘Back In Your Own Backyard’ as he cruises up Magnolia Drive to contest this week’s first major championship of the year.

That’s because as Tiger prepares to contest his first Masters since 2015, he will actually feel like he really is in his own backyard on more than one occasion. 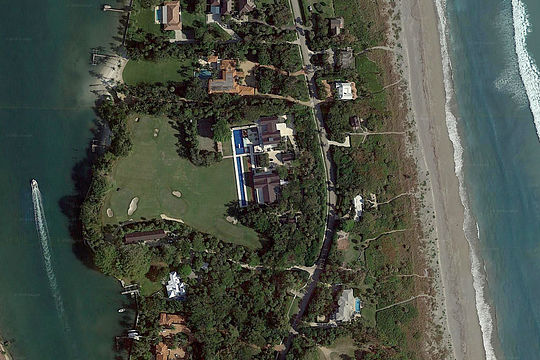 And the reason for that is Woods does have a practise putting green in the backyard of his Jupiter home, appropriately named Augusta National and maintained by a superintendent who actually worked on the team at Augusta.

In fact Woods has four greens in his backyard – with four different designs – Florida, Northeast, California and, of course, Augusta National.

Sure, it will be the first time he has putted on bent grass greens in a tournament for about two years.

But one thing we do know about Tiger…he’ll be ready for the challenge.

His close friend Notah Begay III explained that Tiger focussed on one or two different types of greens and hitting certain shots at different times of the year.

“The Augusta green is a little elevated, with sharp aprons, a deep bunker, and it’s always the fastest green in the facility,” said Begay.

“It’s firm, and they mow the aprons around them extremely tight.”

“That way, when he gets to Augusta, it feels extremely normal for him.”

While Woods has played Augusta National in competition just once in the past four years, it was actually a marvellous effort, given the state of his game at that stage.

In 2015, he appeared to be in the throes of the chipping yips, flubbing even the most straightforward shots.

Yet when he hit Augusta, he displayed none of those chipping and pitching issues – because he had been practicing with Augusta-like conditions for two months.

“He has some of the most pristine conditions that you will find in all of Florida, right outside of his sliding door,” said Begay.

The one difference is Woods was forced to use Bermuda grass, not bent grass, on his greens because it was too hot in Florida.

Woods’ backyard complex is another example, Begay said, that there’s “no stone unturned with him.”

Playing in the 1995 and 1996 Masters as the reigning US Amateur champion, Woods used to stroke putts at Stanford’s Maples Pavilion.

“I told him, ‘If you can control your distance on a hardwood floor, then Augusta is going to seem slow,’” Begay said.

“He did that, and it obviously worked – he won four of those things.”