Tiger tees up for highly anticipated return to golf

Barring another false start on the most anticipated return of any sportsman in recent times, Tiger Woods will tee up this week in competitive play for the first time since August 2015 at the Hero World Challenge event that he hosts in The Bahamas.

Woods has endured two back surgeries in this time and curtailed his scheduled return at the Safeway Open last month to be better prepared for when the eyes of the world would inevitably be fixed on him. 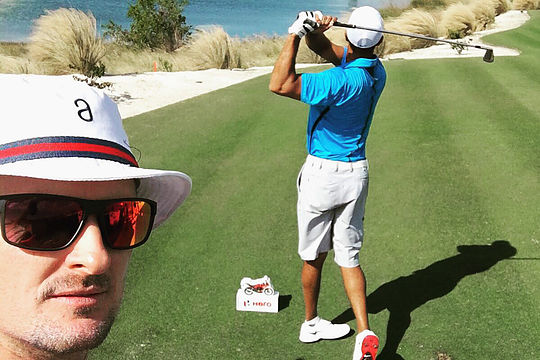 Course designer of the Albany layout the 18-man field will play this week, Ernie Els, is one of millions who will be captivated to see how Woods’ mind and body fares on his return to action.

“We look at this great player, but he’s not seeing the same stuff in his own mind. A lot of us are like that. When you’ve achieved as much as he has, it’s a shock to the system not to play as good as you have been. To look at other people looking at you like, `Hey, you’re not the same guy,’ that’s hard to take.”

As one of captain Davis Love III’s able assistants during the victorious American challenge for the Ryder Cup at Hazeltine this year, Woods got to eyeball the skills of many of the players he hopes to be competitive with, if not this week, but over the course of the next PGA TOUR season as he seeks to add to his 14-major, 79-PGA TOUR win resume.

Love III gained a special insight into Woods’ longer term thinking and aspirations as they shared in the close confines of a Ryder Cup week.

“He knows Jack Nicklaus won the Masters in 1986 playing part-time. He knows what everybody has done. I know he’s working hard not to come back and be average. He wants to come back and win again.”