Tiger to play PNC Championship with 11-yo son

Golfing legends Jack Nicklaus, Arnold Palmer, Greg Norman, Gary Player and even LPGA star Annika Sorenstam have competed in the loosely titled father-son tournament since its launch in 1995 and now it’s the turn of perhaps the greatest champion of them all.

According to the AP and a posting on the tournament website, Tiger Woods and his 11-year-old son, Charlie, have committed to play the PNC Championship later next month at the Ritz-Carlton Golf Club in Orlando, Florida. 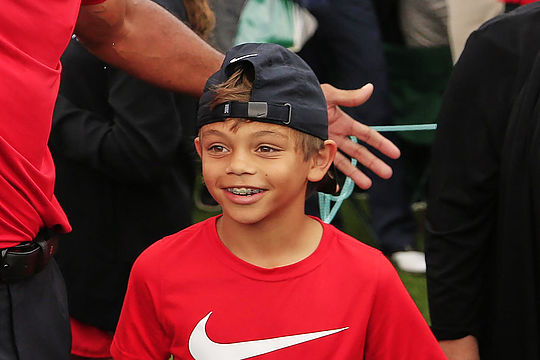 “I can’t tell you how excited I am to be playing with Charlie in our first official tournament together. It’s been great watching him progress as a junior golfer and it will be incredible playing as a team together in the PNC Championship,” said Woods.

The tournament, originally known as the Father/Son Challenge, was held as an end of season tournament for major winners and/or Players Championship winners to play alongside sons.

Thankfully the rules have evolved over the years and teams have included both sons and daughters as well as grandchildren and even step-kids. Some teams have also flipped the model with the likes of Annika Sorenstam and Justin Thomas choosing to play alongside their fathers.

While Charlie Woods will be the youngest player in the field, he already has enough form under his belt to suggest that the pairing could turn out to be quite competitive.

When your father has won 82 PGA Tour titles and 15 major championships a little bit of that talent has to rub off and Charlie’s recent junior results seem to suggest he has a future in the game if he decides to pursue it.

The junior Woods won a 9-hole US Kids event by five shots back in August and then followed that up a few weeks later with another three-shot victory with his father on the bag.

Woods said in a later GolfTV interview how much he enjoys spending time with his son on the course.

“He’s starting to get into it. He’s starting to understand how to play. He’s asking me the right questions. I’ve kept it competitive with his par, so it’s been just an absolute blast to go out there and just be with him. It reminds me so much of me and my dad.”

The 36-hole tournament kicks off on December 19th where Bernhard Langer and his son Jason will defend the title they won last year with an eagle on the first hole of a sudden-death playoff with Team Goosen and Team Lehman.