Tiger to return at Bridgestone

Tiger Woods has announced he will return to competition at this week’s Bridgestone Invitational at Firestone Country Club in Akron, Ohio.

“I’m excited to get back out there,” said Woods, who has been idle since withdrawing from The PLAYERS Championship after nine holes on May 12 after sustaining a mild medial collateral ligament strain to his left knee and aggravating a strained left Achilles tendon. 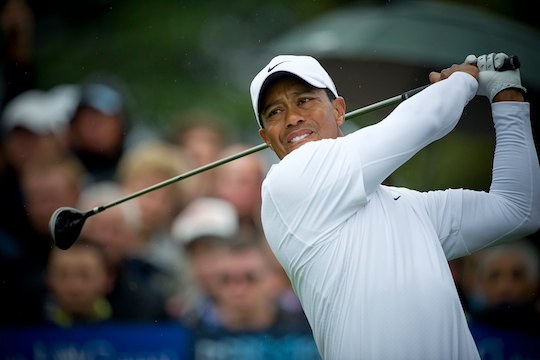 Both injuries were originally occurred during the third round of the Masters, when Woods hit a recovery shot out of pine straw on the 17th hole. He went on to shoot 74, but followed with a 67 on Sunday and tied for fourth.

Following the advice of his doctors, Woods has rested and rehabbed his left leg, and just recently began hitting practice balls.

Woods has had great success at Firestone, winning the WGC event seven times. Last year, he tied for 78th, marking the first time in 11 appearances that he has failed to finish in the top four.

In 2011, Woods has competed in six PGA Tour tournaments. He has posted two top 10 finishes and has made five-of-six cuts.