As crazy as it seems, speculation is beginning to build about the very real possibility of Tiger Woods’ playing return at the Masters after his private plane was spotted landing in Augusta followed by the 46-year-old enjoying a practice round at Augusta National.

Tiger’s presence in Georgia could be dismissed in a variety of ways but coupled together with recent sightings of Woods playing with his caddie Joe LaCava in tow at Medalist Golf Club in Florida and the evidence is slowly coming together. 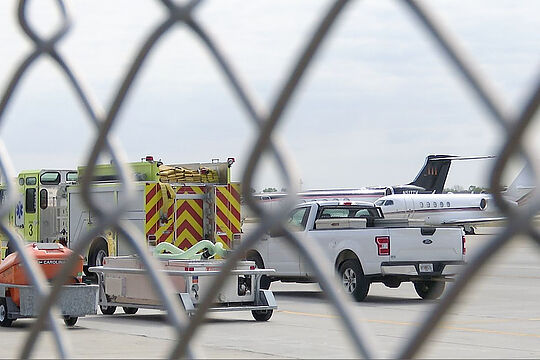 After all he is still listed in the field of players next week on the Masters website rather than in the “Past Champions Not Playing” category alongside the likes of Jack Nicklaus, Tom Watson and Gary Player. However, the five-time champion still has until

Perhaps he is only in town for the Champions Dinner and the Par 3 contest, which is returning this year following a two-year break due to COVID. Or maybe he intends to play but needs to check how his body is going to hold up around the notoriously difficult AGNC terrain.

Or are we witnessing one of the greatest comebacks in golf since Ben Hogan’s return from a near-death car crash in 1949.

“I’m a lot stronger than I was [at the PNC in December],” said Woods when asked at the Genesis Invitational in mid-February.

“But to be able to be out here and play…call it six rounds of golf, a practice round, pro-am, four competitive days – it’s the cumulative effect of all that. I’m not able to do that yet.”

Groups for the first two rounds are announced on the Monday before the tournament so Woods has a little time up his sleeve yet to keep the entire golfing universe on the edge of its collective seat. Previously Woods has made his decision public on the Friday prior to tournament week.