Bribery does still get you somewhere….well, anywhere but in the crowd behind Tiger Woods.

It has been revealed that Woods’ caddie Joe LaCava actually slung a loud-mouth $25 to “disappear” when he continued to heckle the former world No 1 at the recent WGC-Bridgestone event in Akron, Ohio. 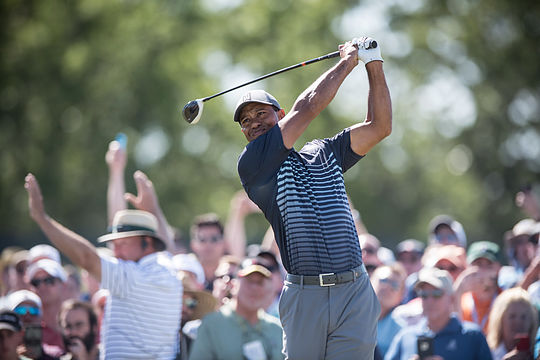 Maybe that’s not the way Tiger’s previous caddies ‘Fluff’ Cowan and Steve Williams would have handled it.

Yet LaCava obviously has his own way of dealing with things…and that was to bribe a heckler to leave his boss alone.

LaCava explained that the man had continued to heckle Woods throughout his final round at the Bridgestone, and on the 14th hole, LaCava finally made a move of his own.

When he suggested that the man might be better off checking out the action on another part of the course, the fellow said he would be happy to do that proving he was “reimbursed” for his ticket.

“This guy was harassing my guy on the 14th hole at Akron the last day outside the ropes, roughening him up pretty good,” explained LaCava.

“I said ‘hey listen bud, why do you gotta go there? Everyone’s having a good time, everyone’s pulling for Tiger. You don’t like the guy that’s one thing, but you don’t to be yelling at my guy, screaming negative stuff like that.”

“And I said at the end of the day, if you affect him, his performance, it effects my bottom line.”

“So he calls me a couple names and I go back and forth with the guy, and I say why don’t you just leave?”

Of course it didn’t end there and even Tiger was beginning to wonder where LaCava was as his devoted caddie finished up face-to-face with the heckler.

In the end he was ejected and LaCava received a standing ovation from the crowd for getting rid of someone who was obviously a nuisance to everyone else trying to cheer for Tiger and enjoy their golf.

LaCava simply explained to Woods that there had been a little incident down the road as he arrived in time to give the yardage for the next shot.