The PGA Tour has announced that the Genesis Open hosted by Tiger Woods will receive a major upgrade to its Tour status with several significant enhancements that will come into effect from 2020.

Amongst the changes will be the Genesis Open moving to invitational qualifying status and the field dropping from 144 to 120 players. 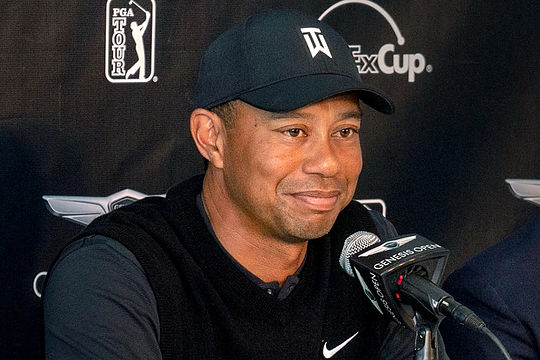 Also the tournament winner will now receive a three-year PGA Tour exemption while the prizemoney will grow to $9.3 million – a $1.9 million increase over the 2019 purse.

These changes will place the Genesis Open alongside the likes of Jack Nicklaus’ Memorial Tournament and the Arnold Palmer Invitational both of which offer three-year exemptions and significant purses.

“In recognition of Tiger’s place alongside Jack and Arnold as a modern-day golf icon who hosts a home-based PGA Tour tournament, plus the common thread of doing exceptional philanthropic work through his TGR Foundation, elevating the Genesis Open is an important and deserved step toward further cementing Tiger’s legacy in our sport,” Monahan said.

“This announcement comes at a particularly relevant time as Tiger continues to chase history and Sam Snead’s record of 82 PGA Tour victories.”

“I’m honoured and grateful that the Genesis Open will receive elevated status and join Arnold’s and Jack’s tournaments,” Woods said.

“To be included with two of the greatest golfers of all-time, in my hometown and at an event that benefits my TGR Foundation is something I could never have imagined when I first visited Riviera with my Pop.”

The Genesis Open begins tomorrow with Tiger Woods returning for his second event of the year following a T20 finish at the recent Farmers Insurance Open.

The former World No.1 will be grouped alongside Rory McIlroy and Justin Thomas for the first two rounds at The Riviera Country Club.