It may be a select field of just 18 but the line-up for Tiger Woods’ Hero World Challenge next month will be littered with major champions.

And even though Woods himself will be unable to play as he recovers from recent back surgery, the 72-hole event has been boosted by the addition of all three major champions from 2015. 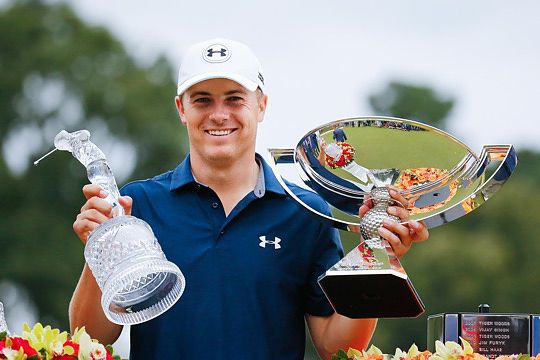 They include the defending champion Jordan Spieth, who is the US Masters and US Open champion.

He will be joined by British Open champion Zach Johnson and Australia’s own US PGA champion Jason Day.

This year’s Hero World Challenge will be played at Albany Golf Club in the Bahamas for the first time, joining Grayhawk Golf Club (1999), Sherwood Country Club (2000-2013) and Isleworth Country Club (2014) as the only events to play host in the tournament’s 16-year history.

Of course this event benefits the Tiger Woods Foundation and he has again drawn support from all the major players.

Besides the big guns mentioned earlier, the Challenge has added Bubba Watson, Rickie Fowler, Justin Rose and Dustin Johnson to give it seven of the top 10 players in the world.

Obviously Woods, who has hosted the event since in inception, will be a conspicuous absentee from the field, even though he is expected to attend.

Still even he would have been hard-pressed to match it with Spieth, who last year won by 10 shots just a week after his stunning display in Sydney to win the Emirates Australian Open.