It’s unlikely we’ll see Tiger Woods in anything other than a hosting capacity, if he shows up at all, but there won’t be any lack of talent in the star-studded field announced for this year’s Hero World Challenge.

The limited-field event hosted by the 15-time major winner since its inception in 2000 has permanently expanded the field this year to 20 players making way for a further two players, which now includes the winner of the Players Championship. 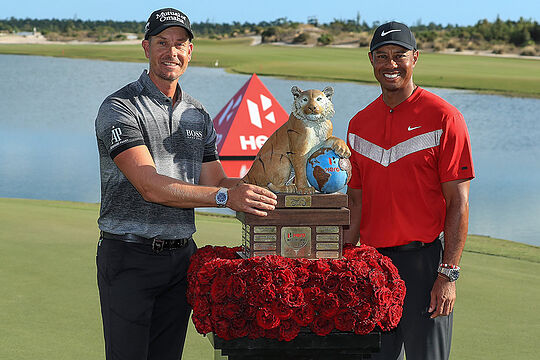 This year’s field will feature fifteen players from the world’s top-20 including dual-major winner Collin Morikawa, who will be making his tournament debut alongside the likes of Bryson DeChambeau, reigning Masters champion Hideki Matsuyama and 2019 Hero World Challenge winner Henrik Stenson.

“So excited to welcome these incredible players to the Hero World Challenge. With 15 of the top 20 in the field, I know it’s going to be a great week,” tweeted Woods.

The tournament will tee off on December 2 at Albany in The Bahamas for the sixth straight year.