Time is on my side insists Woods

Tiger Woods insists that time remains on his side to match or better Jack Nicklaus’s record of 18 major titles.

Woods sits four adrift of Nicklaus in major wins and the 36-year-old is without a major victory since the 2008 US Open. 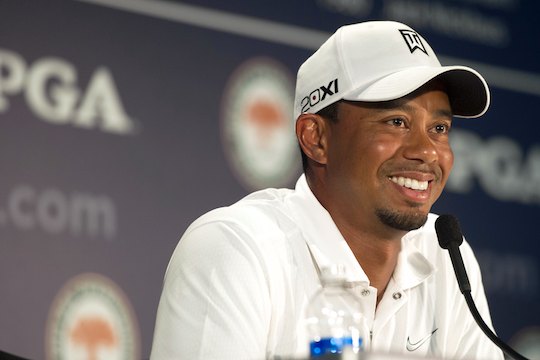 “I figure it’s going to take a career,” Woods said during his first press conference for the championship.

“It’s going to take a long time. Jack didn’t finish his run until he was 46, so if you go by that timetable, I have 10 more years. Four more majors is a lot but I’ve got plenty of time.”

On each occasion he fell short of closing out either event for major title number fifteen.

A three-time winner this year – the only player so far this season to achieve such a result – Woods has five top-three finishes after not recording any in 2010 and 2011.

Woods is generally impressed with the way he’s been able to progress back onto the tour, yet a year is not complete for him unless it includes a major title.

“I was there at the US Open after two days and I was right there with a chance at the Open,” said Woods.

Should Woods win his fifth PGA Championship, he has a chance to reclaim a title he held for a record 623 weeks during his career.

Yet the former world number one recognises winning majors has become harder. The challenges are coming thick and fast from an ever expanding pool of talent.

“There are more players with a chance now,” he added.

“The fields are much more deep than they used to be and it’s only going to get that way.” 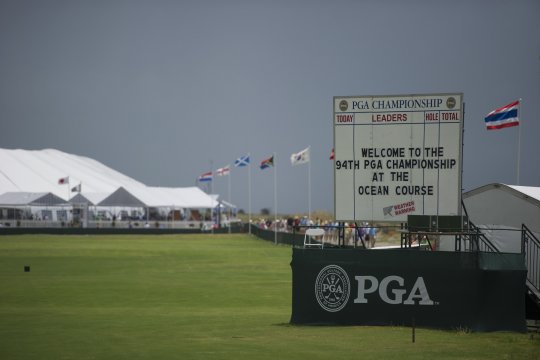 Woods left last week’s WGC-Bridgestone Invitational in Akron in a positive mood following a 68-66 weekend that led to a tie for 8th.

“I’m just trying to keep building toward a major and hopefully it peaks at the right time,” said Woods.

“I have come close a couple times this year. It’s all about having things come together at the right time. We’re trying to get the timing right. I have done it a few times over my career and hopefully it will happen again.”

Yet, Tiger’s green-reading problems have been well-documented recently (he was 56th in strokes gained-putting last week in Akron).

How well he putts will be critical. The Paspalum grass, which covers most of the greens at The Ocean Course at Kiawah Island, is largely unfamiliar to Woods.

On the other hand, so far this season Woods leads the PGA Tour in victories, FedEx Cup points and scoring average. He is 4th in total driving and ball striking after been around 200th in the previous two seasons.

But times are changing, particularly when it comes to the majors and who will be holding the trophy on Sunday.

For the first time in 25 years, 16 majors in succession have been won by 16 different golfers. Nine of these have been first-time winners.

Each of the last four years, the winner at the PGA came from behind on Sunday to take the title – Padraig Harrington at Oakland Hills, Y.E. Yang at Hazeltine, Martin Kaymer at Whistling Straits and Keegan Bradley in Atlanta.

But you can never discount Woods in majors, he thrives on the hype and desperately wants to claim the last major of the season.

For this reason, Woods starts the week here in Kiawah as the firm favourite.

“I have won three times this year and winning golf tournaments makes it a successful year, but winning a major makes it a great year,” says Woods.

“You can go from having a so-so season to all of a sudden being part of history.”