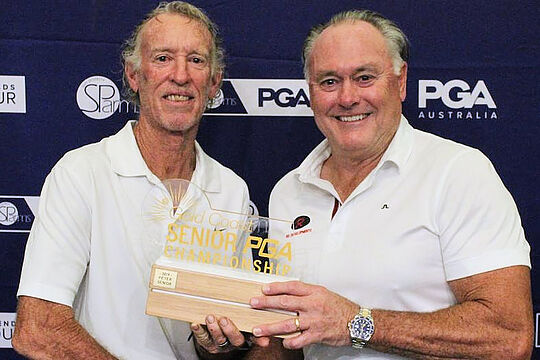 “Greens were good, course was unbelievable. I didn’t play anywhere near as good as yesterday but still managed to get it around. Because I don’t play much at all you still get a bit nervous but I’ve been playing golf for so long you kind of get used to it.”

The next event on the SParms Legends Tour is the Sealink Strabroke Ferries Legends Pro-Am at North Stradbroke Island Golf Course starting on Sunday.