South Australia’s Tom Bond opened with a 6-under-par, 66, for a one stroke lead over Taylor Macdonald at The Dunes Medal in Victoria.

Ranked as a Tier Two Golf Australia ranking event, this week’s tournament has attracted a number of our emerging amateurs. 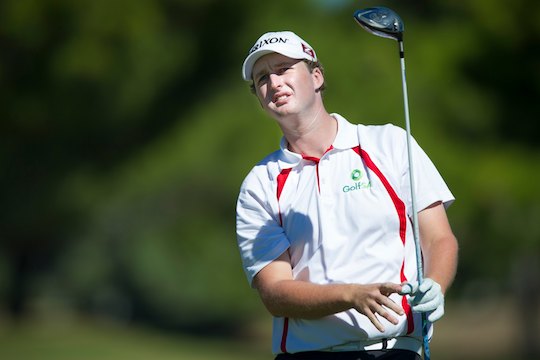 Oliver Goss, the Western Australian Open winner, is three off the pace after an opening round of 69 to be in a tie for 4th position along with Chris Brown the Golf SA Classic winner and James McMillian.

Taylor Macdonald, who recently shot a 57 at Redcliffe Golf Club and featured strongly at last month’s Federal Amateur, is one behind Bond after an opening round of 67.

Jarrod Freeman and Ryan Woodward are currently in a tie for third with rounds of 68.

Daniel Bringolf, winner of the recent Federal Amateur, opened with a 2-under-par 70 to sit in a tie for 10th position, a stroke in front of Rory Bourke, Daniel McGraw and Ruben Sondjaja.

Defending champion Todd Sinnott is six off the pace following an opening even-par 72.

Brady Watt will also need to make his move after an opening 73, which has the Keperra Bowl and Lake Macquarie Amateur champion in a tie for 38th position, two inside the top-40 plus ties cut mark that will play the final two rounds, with the championship title being determined on Friday.