The Australian Interstate Teams Matches gets underway this week in Adelaide with 90 of Australia’s best amateur golfers competing at The Grange and Glenelg with the Women’s final scheduled for this Thursday and the Men’s on Friday. 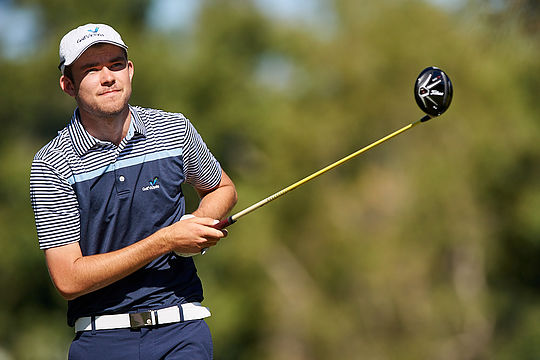 In the men’s division defending title holders Victoria will be hard to beat with the lineup essentially the same as last year’s winning team except for Darcey Brereton, who replaces Cameron John. The Victorians have won three of the last four interstate series, a reflection of the success this state has had in producing fine teams that are well grounded from their number 8 right up to their leading player.

The Victorians will face off against the Northern Territory in its opening match which should be a perfect warm up before taking on NSW in the afternoon session in what is a solid week of golf with players competing 36 holes of match play each day in two contests.

The Western Australian team is another that should seriously challenge for the title, spearheaded by Min Woo Lee and Kiran Day. It’s a relatively young team who will be looking for a breakthrough victory for their state.

Predicting any outcome in team match-play contests is always fraught with danger and you certainly cannot discount the power that Queensland and NSW traditionally bring to the event as both teams are multiple winners prior to the recent Victorian dominance.

Queensland have added Dylan Perry to the team following his move up north which will certainly add more firepower to its lineup, which already boasts Shae Wools-Cobb and Charlie Dann in the top-order.

NSW has the experience of Blake Windred who is well supported by Josh Armstrong, James Grierson and with new comers Nathan Barbieri, Jordan Garner, Harrison Crowe and Josh Gadd, it should also put up a solid challenge.

Last year the Men’s Victorian team pulled off a remarkable victory over New South Wales in at Perth’s Melville Glades Golf Club in what was a firm and frank contest.

The Victorian women’s team also claimed victory to make it a clean sweep for the state accounting also for NSW with a 3½-2½ win at Royal Fremantle.