Tomorrow sees 168 amateurs tee off in the 2016 Riversdale Cup in Melbourne. The men’s draw is packed to capacity with 120 players in the field, with 48 positions in the women’s field competing for the prized amateur crowns. 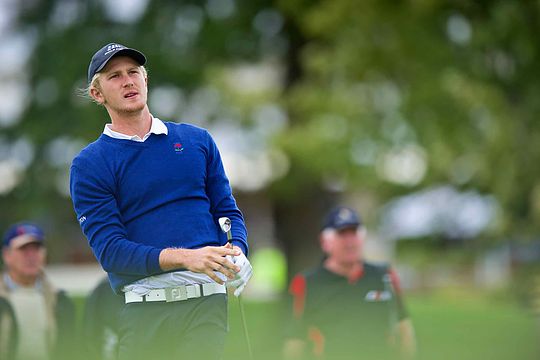 Last year’s winners Munchin Keh from New Zealand and Travis Smyth from NSW Australia are back to defend their titles.

Smyth is coming off some stellar form following a successful Sydney Pennant series with the St Michael’s club member ready to defend his title on this majestic Riversdale layout which each year presents a stern test of golf.

“I’m looking forward to the challenge,” said Smyth on Sunday.

“This is one of my favourite events and the course is always set up fast and firm. There’s a lot of good players competing, so it will be a great week. I’ll be aiming to collect another ‘W’, that’s the plan.”

The Riversdale Cup always attracts a stellar field and this year is no exception.

Cameron Davis, Harrison Endycott, Daniel Gale and Blake Windred spearhead the NSW challenge in Melbourne along with Smyth. They all will have their work cut out with Victorian’s Cameron John and Frazer Droop looking to claim their first Riversdale Cup title. Blake Proverbs and Zach Murray are committed elsewhere and are serious challengers in events of this nature.

The Riversdale Cup is Australia’s second oldest amateur tournament, having being played annually since 1896.

The history of the Cup is such that most of Australia’s leading professional golfers have played in the tournament over the years including Jason Day, Adam Scott, Marc Leishman, Geoff Ogilvy, Robert Allenby, Aaron Baddeley, and more recently, Nathan Holman, Ryan Ruffels and Jake Higgingbottom, to name a few.

In 2014, Ruffels became the youngest player in the 106-year history to win the Riversdale Cup as the 15-year-old secured a one stroke victory over Todd Sinnott finishing at 8-under.

Last year Smyth outgunned Lucas Herbert after Herbert imploded on the final hole to set up the playoff which Smyth won with a majestic bunker shot on the first extra hole.

The pair had finished at 8-under after Smyth forced the playoff with a birdie on the last following Herbert’s earlier bogey on the 18th.

It sets the stage for another fantastic tournament in one of our most prestigious amateur titles.