The Golf SA Amateur Classic is one of the toughest tests of golf on our amateur schedule. Played at the magnificent Glenelg Golf Club, the 6234 metre layout challenges the best of our amateurs every year in an event that continues to grow in stature.

A field of 114 men and 30 women will compete for South Australia’s premier amateur golf championships. 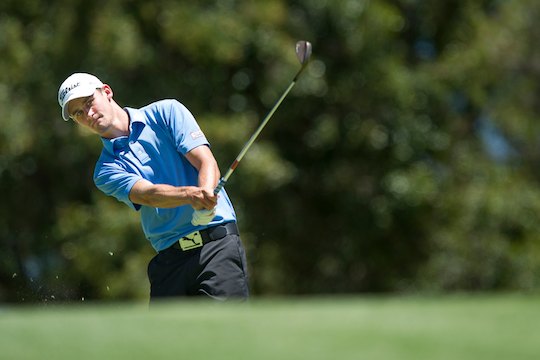 Felton, a multiple winner this season in Australia, is the highest ranked world amateur at 34, followed by Murdaca at 53rd and Sinnott at 70th.

The field also features a number of emerging young guns including Jake Baker, Jake McLeod, Travis Smyth and Tim Hyland, all in their teens and hungry for a title.

The Glenelg layout pushes these elite players to the limit, both with club selection and course management. The 496 metre par 5 18th, the classic ‘risk/reward’ finishing hole with the tee shot needing to split the tight fairway situated between water and sand to leave a long approach shot into a tightly packed green surrounded by water and sand.

Last year, Nathan Holman, blew his chances with a errant tee shot on the 18th. In 2012 Matt Stieger fell victim to Glenelg’s tough stretch of closing holes with bogeys on fifteen and seventeen hurting the former Australian Amateur champion’s chances.

Experience and nerve will be essential qualities to claim victory on Sunday and it’s unlikely the winner will be a relative unknown or a first timer to the podium.

I tend to favour Felton to win this week purely on the basis of his fine run of form which includes victories at the Tasmanian Open, New South Wales Amateur, Queensland Stroke Play and Mandurah Open.

Felton has the shot making capacity and know-how to get around Glenelg, he’s a classy player who performs well under pressure.

Aaron Wilkin has historically played well at Glenelg. Yet to claim a national selection title, Wilkin is coming off eight top-20 finishes including a runner-up finish to Felton at Mandurah. He’s due for a major title but much will depend upon how Wilkin can manage his game if in the breech come Sunday.

Cory Crawford has been impressive recently with top-10 finishes at Riversdale, Tasmania and a top-5 at the Australian Master of the Amateurs. If in the mix on Sunday he is one to follow, as is Jordan Zunic who lead into the final round at Lake Macquarie and also has a string of top-5 finishes this season.

Troy Moses is my ‘sleeper’ for this event. A finalist at the 2013 NSW and SA Amateur, Moses has a powerful driving game and should he find the short grass will be able to take advantage of his length and be aggressive on the longer par 4′s.

More recently Rick Kulacz collected the title (2005 & 2007), in 2010 local Brad Moules was victorious with Brett Drewitt winning his first main stroke title at the event in 2011.

Chris Brown won the event in 2012, and last year Daniel Hoeve birdied the last to pip Nathan Holman and Aaron Wilkin for the tittle finishing at 3-under.