With 109 years of history, The Riversdale Cup us one of the oldest amateur golf tournaments in the world and a sought-after trophy by our elite amateurs. 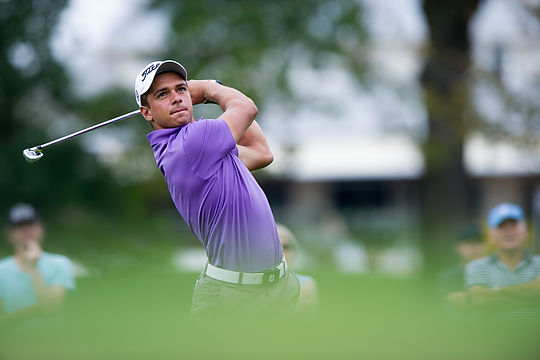 The Riversdale Cup always attracts a stellar field and this year is no exception. The history of the Cup is such that most of Australia’s leading professional golfers have played in the tournament over the years including Jason Day, Adam Scott, Marc Leishman, Geoff Ogilvy, and more recently, Scott Arnold, Cameron Smith and Brett Drewitt.

The men’s and women’s event starts this Thursday at Riversdale Golf Club, a traditional parkland layout of classic design south east of Melbourne.

At 6027 metres Riversdale is not overly long by modern day standards. The course is presented in raw historic style with wispy rough surrounds, pure greens and manicured fairways. The defence to the course is its greens and the tempting but dangerous short par 4’s.

The event historically produces a true champion who over four rounds has held their nerve and putted superbly. The ‘bombers’ often get punished so it’s a layout demanding true respect and an appreciation as to the value of the short game.

Errant tee shots, especially on the 415 metre par 4, 16th and the 356 metre par 4, 8th holes will be punished and players need to have their putters working to score on the slippery greens.

Over 180 entries for 120 male places and nearly 60 entries for 48 female places were received which included all of the top 10 Australian ranked men and 32 of the top 50 resulting in a ballot being needed with the handicap cut being +.6 for the men.

This year’s field is brimming with talent spearheaded by Victorian David Micheluzzi (pictured) who featured strongly last year before Harrison Endycott stormed home to win the title. Endycott has entered to defend his title and will also face stiff opposition from former title holder Travis Smyth.

The women’s field includes Karis Davidson, Rebecca Kay, Stephanie Kyriacou and Japan’s Ayaka Furue. Last year’s winner, Kirsty Hodgkins, who fired a 5-under-par 68 for a one stroke win from Japan’s Yumi Kudo is now in the US collegiate system and unable to attend.