Top Aussies line up for battle at Federal Amateur

The Federal Amateur championship gets underway this Friday in Canberra with a number of the nation’s top amateurs doing battle for this prized amateur crown.

The tournament was first staged in 1951, achieving Vardon status in the 1970’s and approved as a National Selection Trial event shortly thereafter. This year’s field includes 116 males and 40 females with a cut of leading 45 male players and ties and the leading 15 females plus ties playing 36 holes on Sunday. 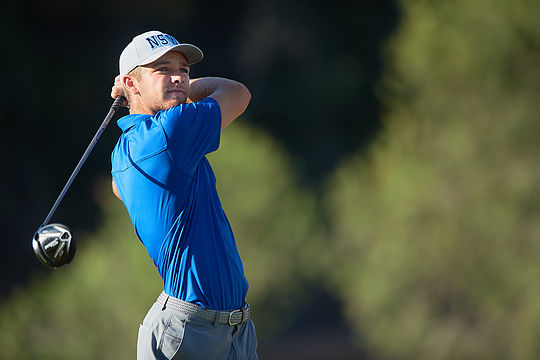 Blake Windred should challenge for the title and has recorded some fine local results during 2017, including a tied 4th at the Mandurah Open, medallist at the South Australian Amateur and a top-30 finish at the Queensland Open on the Australasian Tour.

Keep an eye also for some young emerging talent including Sydney’s Harrison Crowe, who has been recording some stellar junior results lately and enters the event ranked inside Australia’s top-6 in junior rankings. Crowe is a solid prospect for the Federal Junior title.

The Ladies championship has attracted the likes of Grace Kim and Karis Davidson, who are sure to do battle for the title. Steph Kyriacou is another who should feature well and with national ranking points up for grabs all will be striving to secure the win.