The pinnacle event of NSW Women’s amateur golf, the 2012 Women’s NSW Amateur Championship, will be staged beginning this week at Castle Hill Country Club and Twin Creeks Golf and Country Club in Sydney. 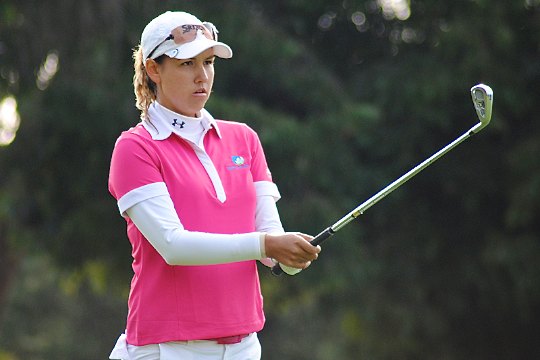 Lennon is the reigning champion in this event, taking out the title last year at The Australian Golf Club.

With the only limit on the field being handicap (14.4), the age range of entrants this year is an incredible 12 to 69 years.

12-year old Pamela Tsiamis is one of the youngest competitors and is playing in her second championship, having first competed last year. Tsiamis, from Sydney’s Bardwell Valley Golf Club, currently plays off a handicap of 10.

69-year-old Brenda Chalmers from the Concord Golf Club is the most senior competitor, taking part in the Champion of Champions event.

Chalmers is a fierce competitor, playing off a remarkable handicap of 5 and also represents Elanora Country Club in the Women’s Grade Competition.

Local 15-year-old Isabella Chan will fly the flag for host club Castle Hill Country Club, playing off an impressive 5 handicap for her age.