While the Olympics are still six months away, the questions about who is or isn’t playing have already begun.

As the current world number one, all eyes are on Brooks Koepka, however he remained non-committal when asked about the prospect ahead of this week’s Saudi International. 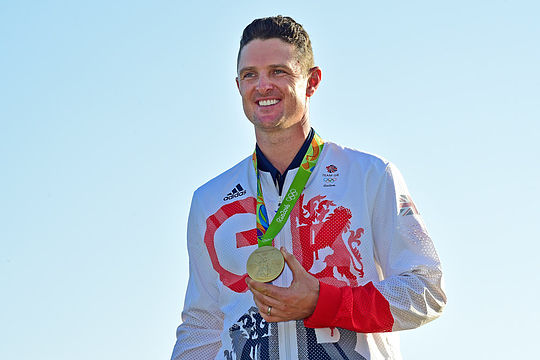 “We have four majors a year. Track, you’ve got indoors and outdoor championships, different things like that, but that’s their big event, the Olympics, and it only comes around every four years.”

“Golf, we’ve got four majors every year, and now we’re going to add the Olympics and you’ve got The Ryder Cup or the Presidents Cup, plus the FedExCup for us, and that’s a lot of weeks on the road, a lot of weeks travelling back and forth, a lot of time zones,” said Kopeka.

Former world No. 1 and currently ranked 5th, Dustin Johnson, was similarly unenthused about heading to Tokyo later this year.

“It’s something that you constantly battle every year, making a good schedule that fits you. Obviously Olympic year is more difficult just because of the way the schedule falls, and obviously it’s an extra tournament that’s in the season,” said Johnson.

“Representing the United States in the Olympics is something that I’d definitely be proud to do. But is it going to fit in the schedule properly? I’m not really sure about that…I’m still working with my team to figure out what’s the best thing for me to do.”

Johnson may not have to worry about making that decision unless he improves his results before the cut-off following the US Open in June.

While many countries will struggle just to fill the two Olympic spots with competitive players, the US has more than enough replacements to fill the four positions if Koepka and Johnson decide they don’t want to play.

World No.3 Justin Thomas has made it clear that he wants to be there in Japan no matter what happens.

“There’s no scenario for me [to skip the Olympics],” said Thomas prior to this week’s Waste Management Phoenix Open. “It’s once in every four years, and you have the opportunity to do it.”

Of the myriad of tournaments wins, records and awards bestowed on Tiger Woods in his career, there is possibly only one glaring omission and that is an Olympic Gold medal.

In his prime, Woods would no doubt have been a multiple gold medal winner, however, golf only returned to the Olympics in 2016 and that year Woods was sidelined with a back injury and unable to compete.

Fast-forward to 2020 and the now 15-time major champion has won another Masters title and sits in 6th place on the World Rankings and would like nothing more than to take part in what may be the 44-year-old’s last chance at Olympic glory.

“I just know that if I play well in the big events like I did this year, things will take care of itself,” said Woods.

Woods will need another win or two under his belt and perhaps even a little bit of luck with the likes of Koepka or Johnson deciding they don’t want to play for him to tee it up in Tokyo.

And let’s all hope that happens.