The field for the Tour Championship at East Lake, the final event of the FedEx Cup playoff series, features the top-30 players, according to the points accumulated during the PGA Tour season.

American Chris Kirk retained the top-position for a second consecutive week with Billy Horschel, the winner at the BMW Championship, narrowly behind Kirk in second. 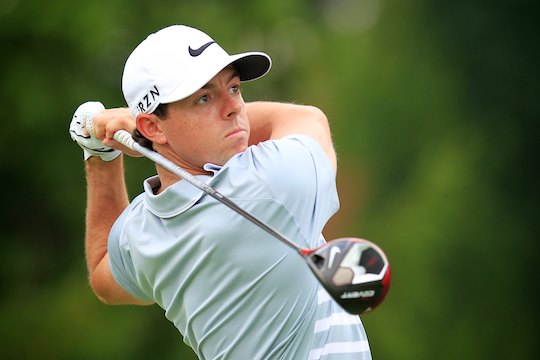 Several top names trail the recent winners, with major winners Bubba Watson and Rory McIlroy trailing Kirk and Horschel. Hunter Mahan rounds out the top-5 with one win on the season.

A huge part of the problem was McIlroy’s shortcomings in the putting department, with many citing the unintended consequences of a bottom-heavy schedule, in which two majors, a World Golf Championships event and four playoff events are crammed into the season’s final nine weeks seeing burnout and fatigue creeping into the games of many of the world’s best.

As the standings tighten up, any of the players inside the top-5 can emerge with the overall title. There’s also a difference of $7 million between first and second just to add some incentive to keep the concentration going over the final tourney of the season.

Every other player needs a win and most of the top-5 to finish well down the leaderboard to take the FedEx Cup.

Rickie Fowler has been knocking on the winner’s door all season and his tied 4th finish at the BMW was his seventh top-10 in his last eight starts. Fowler in these series has been nothing short of impressive and certainly will be looking for the “W” to cap off a stellar season, particularly in the majors.

Jason Day is the best ranked Aussies at 10th in the standings heading to Atlanta, but back issues that saw the world number eight withdraw from the BMW Championship have cast questions if he will even tee it up this week.

Adam Scott is currently 12th in the standings and needs a win come Sunday to have a chance to take the series.

Scott won at East Lake in 2006 on the PGA Tour and he’s been no worse than a T16 (Deutsche Bank) in his last nine starts.

Geoff Ogilvy joins fellow Aussie John Senden as only two to advance to the finale after starting outside the top-30.

Dustin Johnson accumulated enough points to qualify for the Tour Championship but will not be competing with the American serving a self imposed leave of absence to deal with personal issues, so there will be only 29 players in the field.

Stuart Appleby, who finished 31st in the standings, is not eligible to complete, yet Johnson will still earn last-place prize money of US$175,000 and a FedEx Cup bonus.