Bryson DeChambeau can’t seem to go a week without upsetting someone. And last week’s BMW Championship proved to be more of the same.

DeChambeau finished the tournament on a record 27-under and pulled off several miraculous shots before and during the six-hole playoff that ensued. 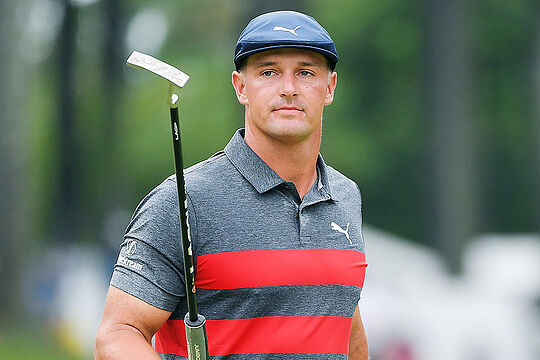 Along the way he told his playing partner, Patrick Cantlay, to ‘stop walking’ while he was preparing to take a shot, barely shook Cantlay’s hand after the loss and then told a fan, who had heckled him on the way to the scorer’s hut, to ‘get the f**k out!’.

We’ll never know how he felt about the situation because the 8-time PGA Tour champ decided once again not to talk to the media after his heartbreaking loss.

Of course, he’s not the first golfer to do so and certainly won’t be the last. So PGA Tour commissioner, Jay Monahan, was asked ahead of the Tour Championship if he’d consider fines for players who fail to fulfil media obligations.

“I’ve talked to Bryson about a lot of things and obviously our preference would be to have him talking to the media, you know, and on a regular basis, and certainly in that instance when he has a historic performance,” said Monahan.

“I think that sometimes as hard as it is to contemplate and understand, I think human beings and individuals need some space, and I think that’s what’s going on right now.”

“This is something that he’ll get through. He’ll get to the other side of and he’ll be better for it.”