(Dubai, UAE:) The European Tour has confirmed that next week’s 130th anniversary Hong Kong Open will no longer go ahead due to ongoing social unrest in the former colonial outpost.

Last year’s Open Champion and European Tour No. 1 Francesco Molinari was all set to headline on the ‘old-style’ course in suburban Fanling. 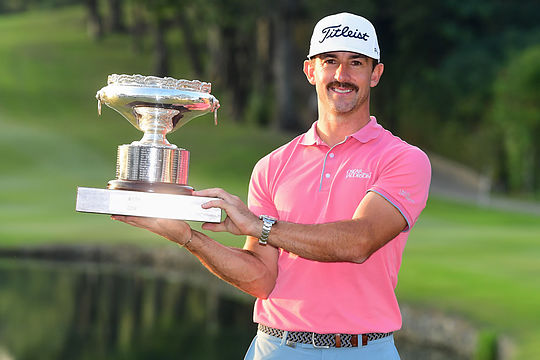 But it is for reasons grabbing front-page headlines rather the back-page news the Tour has suspended the co-sanctioned European and Asian Tour event.

As mentioned by a leading European Tour official, the last thing both Tour’s need is the headline: “Hong Kong Open Being Played While City Burns”

Keith Pelley, Chief Executive of the European Tour, said: “Regretfully the European Tour, in conjunction with our tournament co-sanctioning partner at the Asian Tour, has taken the decision to postpone next week’s Hong Kong Open, scheduled for the Hong Kong Golf Club, Fanling from November 28 to December 1. An attempt will be made to reschedule the tournament to early 2020.”

“The decision has been taken due to the ongoing level of social unrest in Hong Kong. As the safety of our players, staff, stakeholders and everyone involved in each and every one of our tournaments around the world is our top priority, we feel this is the correct, but unfortunate, course of action.”