He has almost 14 million reasons to be a very happy man. But something is missing in Cameron Tringale’s life…a PGA Tour victory.

The 33-year-old reached a dubious milestone across the weekend when he finished in a tie for third place with Viktor Hovland. As reported by Golfweek that finish earned him $407,100 and took his career earnings to $13,743,938 from 299 starts since officially arriving on the PGA Tour in 2010. 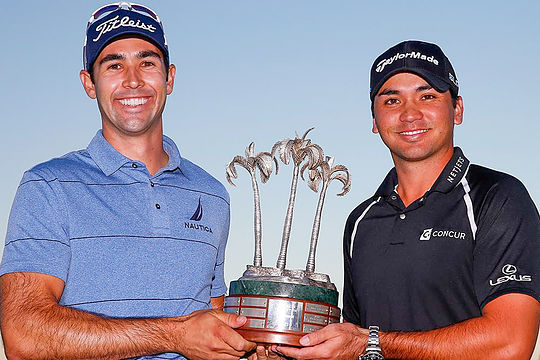 $13,743,938 also just happened to take him past 46-year-old Englishman Brian Davis as the player who had earned the most prize money without a PGA Tour win.

Unlike Tringale, Davis has tasted some success in Europe winning the 2000 Peugeot Open de Espana and the co-sanctioned ANZ Championship in Australia in 2004 along with a 6th place finish at the 2003 Open Championship amongst other top-10′s.

Both players have gone close on the PGA Tour numerous times with Tringale notching up three second and now four third place finishes and an unofficial victory alongside Jason Day at the 2015 Franklin Templeton Shootout. Davis has five second places to his name.

With the average American generating just $1.7 million in their lifetime, and Tringale having already racked up $1.9 million this season, neither player is likely to be complaining about their careers.

However, a win is a win and, unlike Davis, Tringale still has close to 20 years ahead of him before heading to the Champions Tour so there’s plenty of time to hand the title back to the Englishman.