Trio fire 62 to share day one lead at QLD PGA

All three players shot an impressive 8-under 62, just one shot shy of equaling the course record of 61 set by Tim Hart in last year’s championship.

First to check in was Queensland’s Blake Proverbs, his 3 iron doing the damage around most of the course.

“I felt strong with 3 iron on the range this morning so I took that for most of the holes out there,” Proverbs said.

“I didn’t really hit driver but when I did hit it I did hit the fairway and there were a couple of birdies out there.”

The early leader only turned Pro six months ago with his first start in the Oates Vic Open yielding an impressive top-15 finish.

“I feel pretty confident after that start at the Vic Open and it was just unfortunate I was third reserve in the New Zealand Open, it would’ve been nice to play that one.

“Hopefully I can make up for missing that with a good week here.” 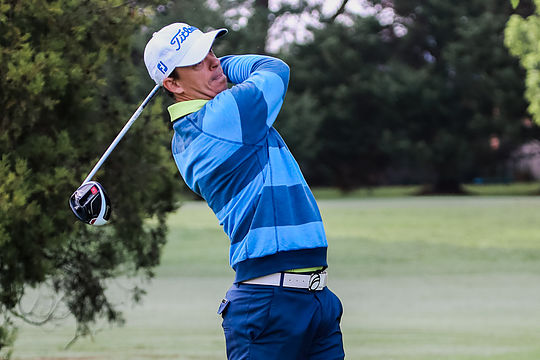 Not far behind Proverbs to finish was Peter Martin who battled illness on his way to 8-under the card.

“I wish I was feeling better but certainly hitting 8-under helps!” Martin said.

“I’ve been sick for a week leading in to this so preparation hasn’t been ideal. I did a little with my coach Richard Woodhouse and what I did do in the lead up was quality and it’s showed this morning.”

Martin said the key area of his game he was working alongside Woodhouse, the 2016 PGA Coach of the Year, on in the lead up to this week was his putting which he was pleased to see improve today.

“It’s been a part of my game that’s let me down so it was nice to make a few. I missed three six footer’s in my first three holes and sort of thought here we go again.

“But I stayed patient and managed to roll in a few coming home so it was nice.”

James Marchesani rounded out the leading trio in his first visit to the City Golf Club course.

“This is my first time so it’s always good to come out and hit a good round first go,” Marchesani said.

“Obviously when you go bogey free it is pretty nice and to add eight birdies is even better.

New South Welshman Lincoln Tighe and New Zealand’s Daniel Pearce have a share of fourth position, both firing 7-under 63.