Chile’s Mito Pereira made history on Sunday as he became the 12th player in the Korn Ferry Tour’s 32-year history to earn the Three-Victory ‘Battlefield’ Promotion to the PGA Tour.

Pereira carded a final-round 64 to come from three strokes back and earn his third victory of the season at the BMW Charity Pro-Am. Pereira also becomes the 12th player to win back-to-back events on the Korn Ferry Tour after his victory at last week’s REX Hospital Open. 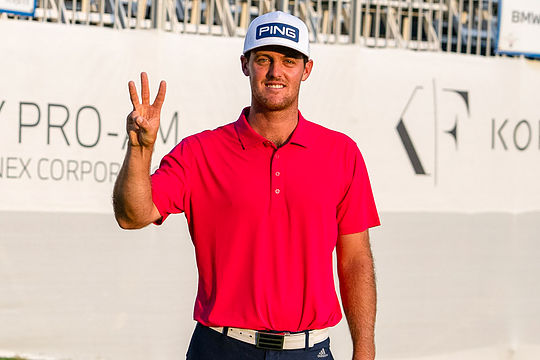 “This is crazy, man,” remarked Pereira following his win. “Like I said, I didn’t ever think I could win three times on this Tour and now I’ve just won three times in one year and going to the PGA Tour. This is by far the best thing that I’ve done in my life. I just can’t wait to get there and just to play the best I can.”

Pereira earns PGA Tour membership for the remainder of the season and the full 2021-22 season.

Jamie Arnold finished the best of the Australians in a share of 20th a final round of 67 moving him 11 places up the leaderboard. Brett Drewitt, Brett Coletta, Curtis Luck, Harrison Endycott and Ryan Ruffels missed the cut.

Brett Drewitt remains the highest ranked Aussie on the Korn Ferry Tour currently at 29th on the tour regular seasons points standings. Curtis Luck is at 53, Harrison Endycott at 70 and Brett Coletta at 75th with the top-75 making the Korn Ferry Tour finals.