Thankfully we haven’t had to endure the bizarre ramblings of one Donald J Trump for quite some time.

However, the orange-one decided that Open Championship week was a good time to spruik his course yet again as a future venue for the world’s oldest major. 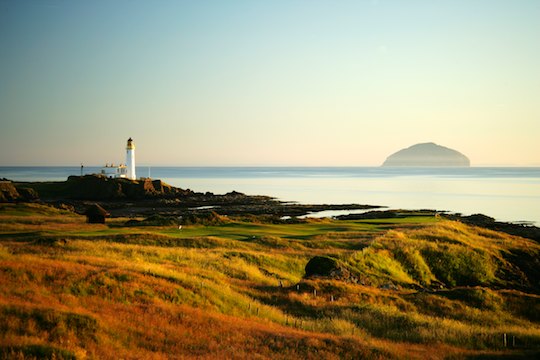 “I have spent some time watching The Open Championship (formerly known as The British Open), and it is terrific! But as almost all of the great players, sportscasters, and golf aficionados know, the greatest site and course of all for The Open is Turnberry, in Scotland,” tweeted Trump via a representative (as he has been banned from the platform) about the course he purchased in 2014 for $60 million cash.

“It is truly a magical place, the players want to be there, and at some point in time the players will be there. But this course was not chosen for The Open because they consider a wonderful person, and many-time Club Champion, named Donald J. Trump, to be too controversial – this is, of course, a false reputation caused mainly by the Fake News Media.”

“Remember, though, controversy only makes things “hotter.” In any event, Turnberry is also the course where the greatest match of all time was played, nicknamed “The Dual [sic] in the Sun,” which boiled down to an Open between the great Jack Nicklaus and the great Tom Watson.”

“It is a shame that the phenomenal Turnberry Golf links, the best in the World, sits empty during Open Championships, while far lesser courses are on display. Oh well, life proceeds forward! Someday The Open will be back at Turnberry.”

While Turnberry is still owned by Trump, there is little to no chance of the Open Championship returning to there.

In the week’s following the riots at the US Capitol, the R&A were adamant that the tournament would not head back to Turnberry for “the foreseeable future”…and that “future” could turn out to be a very long time.