The Grove, Watford, England: Next month’s Turkish Airlines Open could be in doubt after rocket attacks today in the vicinity of the tourist resort of Kemer in Antalya.

A local Antalya newspaper said three rockets were fired, and they hit a shelter used by fishermen, and adding the intended target had been a tanker moored off shore. 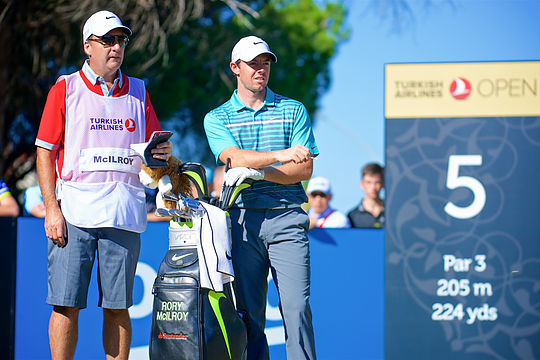 No one was injured in the attacks that took place some 90 klms from Belek but it has prompted the European Tour to check with organisers and security consultants if the Tour will risk going ahead with the event being staged from November 3rd to 6th.

“As a matter of priority, we are currently investigating today’s incident in the Antalya region with our security consultants and local authorities,” said a European Tour spokesperson.

“We will update further as soon as possible.”

Four-time Major winning Rory McIlroy is set to headline the third staging of the event and this year being held on the Regnum Carya Golf & Spa Resort course at Belek.

Just 70 players are due to tee-up in the first of the three Final Series events on the European Tour.

Tiger Woods had been due to compete but withdrew citing that he felt his game was not up to playing tournament golf.

Woods had stated the same reason for not teeing-up in this week’s PGA Tour’s Safeway Open in California.