Local junior golfer Andrew Tolentino, playing in the second group out on Sunday morning, carded his ace on the fourth hole. 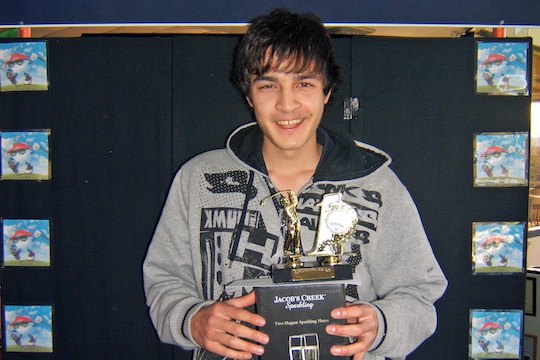 Then Kim Robinson added to the magic when he aced the fourth hole (his 22nd hole) later in the day.

The uphill lie of the 22nd hole meant Robinson and his playing partners could not see the ball once it disappeared over the front fringe of the green.

After searching the surrounds, they finally looked in the hole to reveal that Kim had scored his ace.

Conditions were difficult on Saturday and there was good reason the field for the 36-hole Open was greatly reduced to just 146 starters.

Play had to be suspended for an hour on Saturday afternoon when heavy rain caused greens to go under water and parts of the course flooded in the sudden storm.

Sunday dawned with picture-perfect weather and great conditions for the final day’s play.

David Crawford, from Cooma Golf Club, finished strongly to become the 2010 Men’s Open Champion. David won with a score of 146, just one shot ahead of local ‘young gun’, Ross Oldham.

Up and coming junior, James Wheeler, took out the B Grade event with a fine score of 163.

James’ handicap is coming down in leaps and bounds with many fine rounds over the past three months. C Grade was taken out by country member, Barry Cleary, from Kooringal Golf Club scoring 174.

Handicap winners were Noel Tuck [A Grade] with a score of 137, Neville Bridge [B Grade] 137 and Harold Patterson 134.