44 years after making his debut at Augusta and on the 20th anniversary of his second Masters victory in 1995, beloved Texan Ben Crenshaw will make his final playing appearance at The Masters this week.

63-year old Crenshaw’s two Masters green jackets – in 1984 and 1995 – were each incredible in their own right. Who can forget the monster putt he holed on the 10th green with a young Nick Faldo watching on as his playing partner enroute to his first victory in 1984; and the highly emotional and if somewhat surprising two-stroke victory over Davis Love III in 1995?

Crenshaw travelled back to Austin, Texas to serve as a pall bearer alongside Tom Kite at his long-time mentor Harvey Pennick’s funeral on the Monday before returning to Augusta to carve out an emotional victory against the odds in 1995.

The Texan buried his face in his hands on the 18th green as a flood of tears overcame him after the final putt was holed.

“I wasn’t playing well before that but I played like a kid that week,” Crenshaw said many years later. “I don’t know what strength it gave me to get through it but I couldn’t believe I was getting the opportunity to do that.” 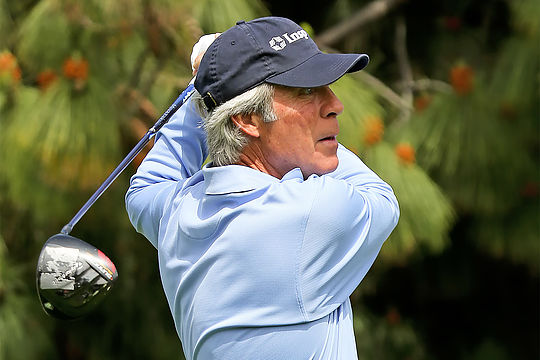 Alongside him for the final journey will be his faithful caddie Carl Jackson, a local Augusta National bagman who has been by Crenshaw’s side in 36 Masters appearances.

The Crenshaw/Jackson partnership spans the generations at Augusta to a time when only local caddies were permitted to be used at The Masters. When the change was made to allow players to bring their own caddies in 1983, Crenshaw stuck solid with Jackson every year and capitalised on the local’s great knowledge of every nuance of the golf course and greens.

Indeed it was Jackson who played a pivotal role in Crenshaw’s 1995 triumph, making suggestions to Crenshaw’s ball position with the putter that sparked a revival in his fortunes on the greens that week.

It will be fitting that Jackson will be there one more time, make his 56th appearance as a caddie at The Masters in Crenshaw’s final fling. There will hardly be a dry eye in the house when the pair bid farewell on that famous walk up the hill to the 18th green.