Australia has won the Astor Trophy with a victory over South Africa at The Grange Golf Club in Adelaide. Team Australia accounted for South Africa with a 5-2 win to stay unbeaten for the week.

The tournament, formerly known as the Commonwealth Trophy, is contested once every four years between the best amateur women among Commonwealth nations. 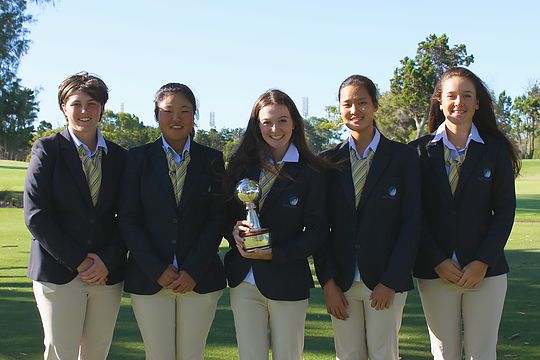 Teams from Australia, Canada, South Africa, New Zealand and a combined Great Britain and Ireland squad compete. Each team plays each other once with foursomes in the morning and singles in the afternoon with no final and all results calculated on contests won during the four rounds of matches.

The Aussies took a commanding position into the final day after securing a solid 5½-1½ win over the Great Britain and Ireland team on the second last day of the five day event needing only to secure a win, or anything up to a 5-2 loss to South Africa to claim the title.

In the opening round Australia accounted for Canada 4½-2½, then went onto defeat New Zealand 4-3, in the second round before accounting for Great Britain and Ireland.