The 20-year-old Italian finished 11-under, just one shot ahead of Chris Wood and 2016 winner Matthew Fitzpatrick at the Barseback Golf and Country Club.

Paratore, 20, carded a closing 70 with the 20-year-old crucially saving par on the 18th after being fortunate to have a shot to the green following a wayward drive.

The victory sees him as the youngest winner on the European Tour since fellow Italian Matteo Manassero won in 2010 at the Castelló Masters Costa Azahar in Valencia, Spain.

“I couldn’t be happier now. This win means a lot to me,” Paratore said. “I was one behind the leader so I knew if played well I could win and in these tough conditions I kept a good attitude until the end.” 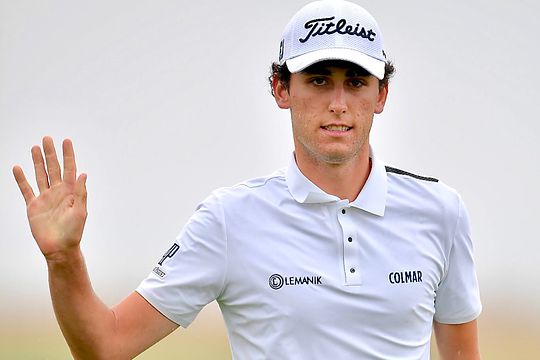 “The key points were on eight and nine where I made birdie to come back after a bit of a difficult start. I played more or less solid and the last three holes I managed three very good pars.”

“It’s big for my confidence because I was looking for this win the last year and now I’ve achieved that so it’s very nice for me.”

As an amateur, Paratore had his breakthrough on the world stage reaching the quarterfinals of the 2013 British Amateur Championship at Royal Cinque Ports.

Between 2013 and 2014 he won the Junior Orange Bowl in Miami, the Portuguese Amateur Championship, the Trofeo International Umberto Agnelli, the Italian Amateur Stroke Play Championship and the Men’s Individual Gold at Youth Olympics. He also played in the Junior Ryder Cup twice.

Paratore’s European Tour victory comes in his 83rd appearance and will move him into the top 150 in the Official World Golf Ranking.

“It feels really amazing right now, I’m very happy,” he said. “This win means a lot and also to win at a nice tournament like this is very good for me. I feel really great. The first win, I will remember my entire life.”