Upbeat McIlroy says don’t write me off just yet

Don’t write me off! That was the message from Northern Ireland’s favourite son Rory McIlroy after he again failed to add the one major championship he needs to complete his career Grand Slam.

McIlroy’s hopes and dreams of a US Masters win were de-railed from the time he missed a fairly short putt for eagle on the par-five second hole. 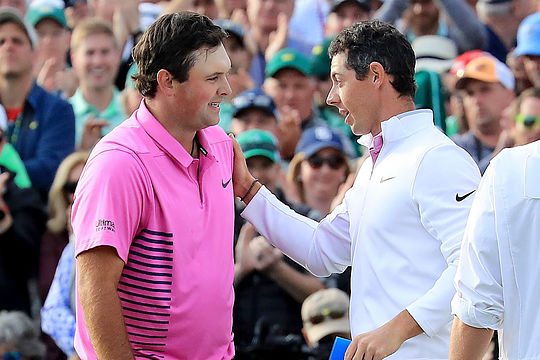 It was a shot that could have got him into a share of lead alongside his playing partner Patrick Reed and the birdie almost seemed like a ‘major’ disappointment after that.

Yet McIlroy later urged his army of supporters that he could still win a Masters and his chance would come again.

Rory began the final round three behind Patrick Reed, but eventually faded to finish six shots back as the American scored his maiden major win by a shot from Rickie Fowler with Jordan Spieth a further shot back in third place.

The 28-year-old McIlroy, who let slip a four-shot final-day lead at Augusta in 2011, has won golf’s three other majors.

“I just haven’t played it well enough at the right times,” said McIlroy. “I 100 per cent think I can come back and win here.”

McIlroy won the US Open, the Open and two PGA Championship titles between 2011 and 2014, but the Green Jacket has continued to elude the former world number one.

“For the past four years I’ve had top 10s but I haven’t been close enough to the lead,” McIlroy said.

“I got myself there [this week], I didn’t quite do enough but I’ll come back next year and try again.”

“I played probably some of the best golf I’ve ever played here, it just wasn’t meant to be.”

“Of course it’s frustrating and it’s hard to take any positives from it right now, but at least I put myself in a position, that’s all I’ve wanted to do.”