US Amateur gets underway

The 2011 US Amateur Championship is being contested at Erin Hills and Blue Mound Golf & Country Club in Wauwatosa, about 60 kilometres northwest of Milwaukee, starting Monday.

Blue Mound hosted the 1933 PGA Championship, while the 2017 US Open is scheduled to be played at Erin Hills. 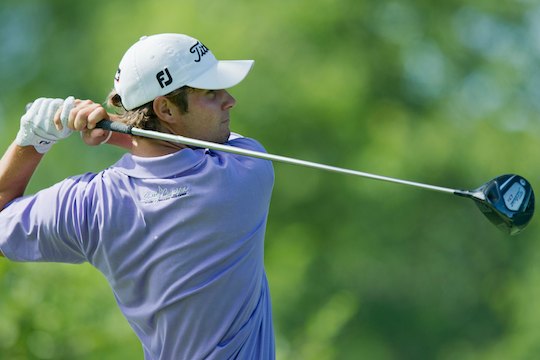 Erin Hills has in the past has been considered second to neighbouring Whistling Straits, which hosted the PGA Championship in 2004 and 2010 and will host another PGA in 2015, plus the Ryder Cup in 2020. Yet Erin Hills has every reason to be considered of the same statue.

The layout can be stretched to nearly 7315 metres and has many links-style holes that take advantage of the area’s rolling terrain and natural grasses. Erin Hills is the longest course in US Amateur history, measuring 30 meters longer than last year’s venue, Chambers Bay, and longer than the 2006 US Amateur host, Hazeltine National Golf Club, which measured 6833 metres.

The USGA indicated this week the layouts for this year’s championship will be structured which has the front nine at Erin Hills to 3493 metres, while the back nine measuring a whopping 3,601 metres. Based on the course setup the 7094 metre course will have a rating of 77.4.

The companion course, par-70 Blue Mound Golf & Country Club, is considerably shorter as it will be set up at 6,055 metres, offering more opportunities for scoring with a course rating set at 72.

This year’s US Amateur field represents the cream of world Amateur golf and it promises to be another fascinating week of golf.

Ryan McCarthy, who last year at Chambers Bay secured a top-16 finish, Bryden Macpherson, Matt Stieger, Andrew McCain and Daniel Nisbet represent Australia’s interests. McCarthy, Nisbet and McCain qualifying at the US Amateur sectionals, whilst Macpherson and Stieger were exempt by the world ranking from having to qualify.

Defending champion, Peter Uihlein, begins this US Amateur at Erin Hills as one of the names to watch.

Last year in Argentina for the World Amateur Team Championship, Uihlein was the leading individual, ended the season as the world number 1 amateur and earlier this year received the Ben Hogan Award as the nation’s best collegian golfer. Currently ranked the world’s number 2, a win at these championships will have Uihlein reclaim the top world ranking spot.

English players include Tom Lewis, Jack Senior and Stiggy Hodgson. All three have been named in England’s Walker Cup team for the bi-annual clash with the US scheduled to be played at Royal Aberdeen Golf Club in September.

The US Amateur is the oldest golf championship in America, one day older than the US Open. Except for an eight-year period, 1965-1972, when it was stroke play, the US Amateur has been a match-play championship.

The championship is one of the most coveted of all amateur titles. Many of golf’s greatest names, including Arnold Palmer, Jack Nicklaus, Lanny Wadkins, Craig Stadler, Jerry Pate, Mark O’Meara, Hal Sutton, Phil Mickelson and Tiger Woods, are etched on the coveted Havemeyer Trophy.

In 1994, Woods, at 18, had first entered the record book as the youngest ever to win the title, following his three consecutive Junior Amateur titles (1991-93). That record has since been broken twice, first by 17-year-old Danny Lee in 2008 at Pinehurst, and then in 2009 when 17-year-old Byeong-Hun An won at Southern Hills Country Club, with a 7&5 victory over Ben Martin.

With winning the US Amateur the champion receives exemptions into the 2011 US Open Championship and British Open, as well as an invitation to the Masters Tournament. In last year’s final Uihlein added his name to the Havemeyer Trophy with a 4&2 victory over David Chung.