Still smarting from their defeat earlier this year, the US have decided to delay naming their next Ryder Cup captain until midway through 2015.

That was the first order of the day from the US PGA’s new president, Derek Sprague, who is heading a task force with PGA of America CEO Pete Bevacqua to find a replacement for this year’s losing captain Tom Watson. 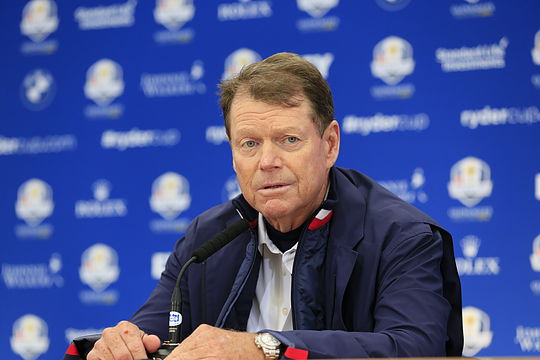 Tom Watson lead the US to their 8th defeat in the last 10 Ryder Cups (Credit: www.golffile.ie)

“We don’t want to focus just on winning in 2016, although that is important,” Sprague said.

“We’re looking to build a process that gives us several years of winning teams here for the United States.”

Surprisingly, the loss at Gleneagles was the eighth occasion in the past 10 Ryder Cups that the Americans have been the losers.

Still, this is the first time the US has set up a task force to in Ryder Cup history.

“As you can imagine, getting that group together has been a challenge,” said Sprague, who described his role as co-chair as “getting everyone’s viewpoints on the table, uncovering every stone that they could about the process … and building a good winning process for years to come.