US Open: World’s best line up at Shinnecock Hills

For just the fifth time in history, the US Open will be played at the Shinnecock Hills Golf Club in Southampton on Long Island, NY.

The first time was in 1896, the second year of the event, when the club also hosted the US Amateur. In the modern era, Raymond Floyd (1986), Corey Pavin (1995), and Retief Goosen (2004) emerged as US Open champions on this course. Brooks Koepka is the reigning champion, after he won last year’s event by four strokes at Erin Hills. 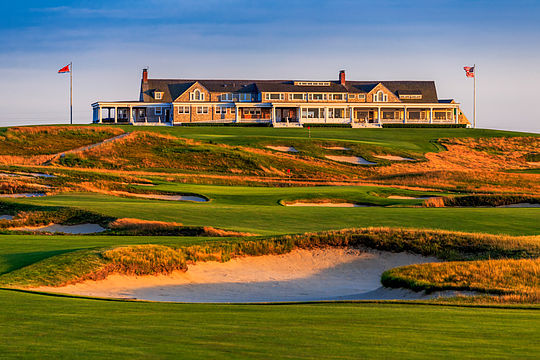 As always, the field will be arguably the strongest of any professional golf event there is, but this year will have more star power thanks to the return of Tiger Woods, a three-time US Open winner, who will be making his first start in the event since he missed the cut at Chambers Bay in 2015.

The last time the Open was held at Shinnecock Hills, Woods finished in a tie for 17th, 14 strokes back of winner Retief Goosen. Woods is in search of his first major championship since his triumphant US Open victory at Torrey Pines in 2008, and his first worldwide victory since the 2013 WGC-Bridgestone invitational.

Mickelson has yet to win a US Open, despite a record five second-place finishes, and wants nothing more than to claim this title to close out his career with all four major titles to his name.

Shinnecock is a brute of a course. The rough and fescue make life nearly impossible for golfers who are missing the fairway. And at 6766 metres, Shinnecock has never played longer.

In fact, in the three US Opens played at Shinnecock in the modern era, only three players have finished under par at the end of the four days. Ray Floyd in 1986 before Goosen and Mickelson.

Nine Australians will tee it up this week.

The best from Down Under at the US Open in recent times is Jason Day, who has five top-10s in seven US Open appearances (71 percent), his best ratio at any major.

Adam Scott showed up at Shinnecock Hills on Sunday without David Clark, who had been on his bag for last 18 months. Scott said they parted ways after making it through the 36-hole sectional qualifier on Monday in Ohio.

His new caddie is Lenny Bummolo, who is no stranger to either Scott or Shinnecock Hills. Bummolo has accompanied Scott during many practice rounds at Shinnecock Hills across the past five years.

“Lenny has been here for so long. He knows the course so well, and the greens,” Scott said. “I really think it’s a valuable move here this week for me stand there hit it where he says. He’s going to be right more times than me.”