USGA announces no spectator rule for US Open

I guess you can file this one under “Captain Obvious” but the USGA has officially announced overnight that the 2020 US Open at New York’s Winged Foot will be a “no spectator” event.

That leaves just the US Masters as the last major event to make their decision about whether or not they will be allowing “patrons” to attend the November 12th tournament. 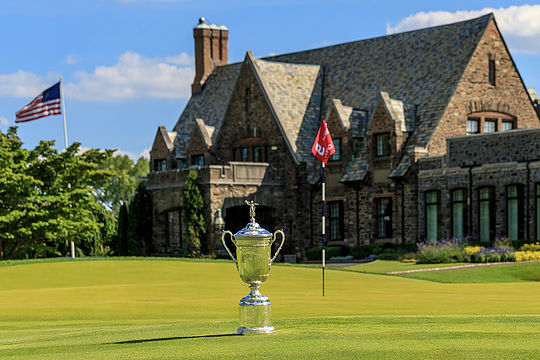 “Following months of consultation and scenario planning with local and state health officials, we have jointly decided that hosting the U.S. Open without spectators will provide the best opportunity to conduct the championship safely for all involved,” said USGA CEO Mike Davis.

“We will miss the excitement of the fans and what their presence brings to the championship. We look forward to welcoming them again to future U.S. Opens.”

The US Open was originally scheduled to tee-off on June 18 before the pandemic forced a schedule reshuffle, which saw the major being postponed to September 17th.

“This will not be a typical U.S. Open in several respects. Would it have been easier to simply cancel or even move the 2020 championship rather than play it in what has been the epicentre of the virus in our country? Possibly. But all of us at the USGA know how much the U.S. Open matters, and we weren’t willing to give up on playing it at Winged Foot Golf Club so easily,” said the USGA’s John Bodenhamer.

“We are very proud to give our competitors and champions a platform to chase their dreams. Their perseverance motivates us, in a year when such tenacity means so much.”

Earlier this month, the PGA Tour announced that fans will not be allowed at any PGA Tour event for the rest of the 2019-2020 season, which wraps in Atlanta at the Tour Championship from September 4th.

The Tour is expected to extend that ban into the new season with the coronavirus still decimating most of the US.