USGA cancels more events, no qualifying for US Open

The USGA announced several updates to its 2020 championship schedule, as the organisation continues to reconfigure its season due to uncertainty brought on by the COVID-19 pandemic.

The re-evaluation of their tournaments will see the playing of the US Amateur subject to local authorities ensuring player safety. 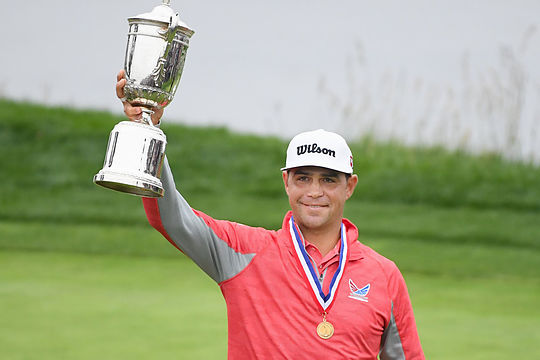 All four championships, including the US Open and Women’s US Open, will be conducted without qualifying, which means the fields will be filled entirely through exemptions.

“As you can imagine, this was an incredibly difficult decision, as qualifying is a cornerstone of USGA championships,” said John Bodenhamer, senior managing director of Championships for the USGA.

“We take great pride in the fact that many thousands typically enter to pursue their dream of qualifying for a USGA championship and we deeply regret that they will not have that opportunity this year. But this structure provides the best path forward for us to conduct these championships in 2020.”

Each year close to 10,000 golfers attempt to qualify for the major and pull off the seemingly impossible. However in its entire history only three players have gone on to win the US Open via qualifying – Steve Jones (1996), New Zealand’s Michael Campbell (2005) and Lucas Glover (2009).

In addition, the USGA announced that the remaining four 2020 amateur championships will be cancelled, including the US Women’s Mid-Amateur, US Senior Amateur, US Mid-Amateur and US Senior Women’s Amateur.

The re-scheduling will see four championships under the USGA banner.

Testing and robust health and safety protocols will be in place at each of the four championships.