USGA: Mickelson, DJ are welcome to play US Open

As Phil Mickelson and Dustin Johnson prepare to tee it up at this week’s rival LIV Golf Invitational in London, the USGA has made it clear they, and others including the likes of Sergio Garcia and Louis Oosthuizen, are welcome at the upcoming US Open.

With the legality surrounding the breakaway players’ defection to LIV Golf unclear, it’s not surprising that the ruling body has chosen not to bring down the hammer on those who have clearly earned their right to play in the third major of the year. 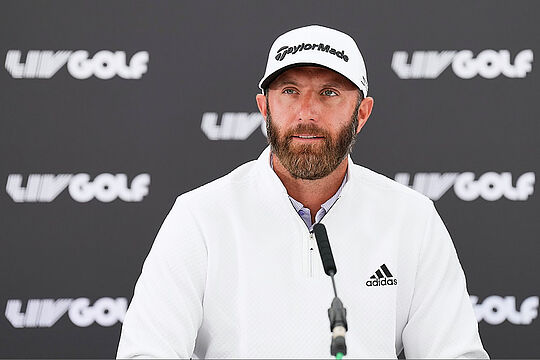 “Regarding players who may choose to play in London this week, we simply asked ourselves this question – should a player who had earned his way into the 2022 U.S. Open, via our published field criteria, be pulled out of the field as a result of his decision to play in another event? And we ultimately decided that they should not.,” said the USGA in a statement.

“We pride ourselves in being the most open championship in the world and the players who have earned the right to compete in this year’s championship…will have the opportunity to do so. Our field criteria were set prior to entries opening earlier this year and it’s not appropriate, nor fair to competitors, to change criteria once established.”

As for 2023, USGA CEO Mike Whan was circumspect when discussing any possible changes to entry criteria moving forward.

“What this thing is now is different than it was four months ago and what it will be eight months from now. It’s a bit of a moving target. It would be inconsistent of us to decide now what next year’s criteria look like,” said Whan, a former commissioner of the LPGA Tour.

There’s little doubt that both the PGA Tour and LIV Golf will be heading to the courts at some point in the future. And you can bet that the R&A, PGA of America and the folks down Magnolia Lane will be keeping a very close eye on the outcome to determine how they proceed regarding the eligibility criteria for next year’s majors.