Daniel Valente, Gavin Flint and Rory Bourke are tied for the lead on 4-under 68 following the first round of the Isuzu Queensland Open being played at Brookwater Golf and Country Club.

Victorian Daniel Valente has never played the Greg Norman designed Brookwater layout while Gavin Flint was a member of the Queensland State Team as an amateur and completed his training on the challenging layout. 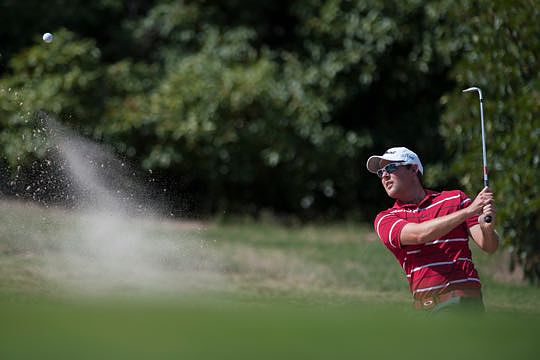 Victorian Rory Bourke finished with an eagle and a birdie to join the lead as darkness threatened to halt his round.

Michael Wright fired 3-under 69 in the morning field on his home course and was joined later in the day at tied 4th on the leaderboard by David Bransdon, Michael Sim and Matthew Millar.

Rounding out the top-10 on 2-under 70 are Marcus Cain, Ed Stedman, Michael Choi and Taylor Macdonald who made his Professional debut today.