The 31-year-old former University of Minnesota player eagled the par-4 eighth and closed with a birdie on the par-4 18th to record a five-point victory over Andrew Putnam at Tahoe Mountain Club’s Old Greenwood Course. 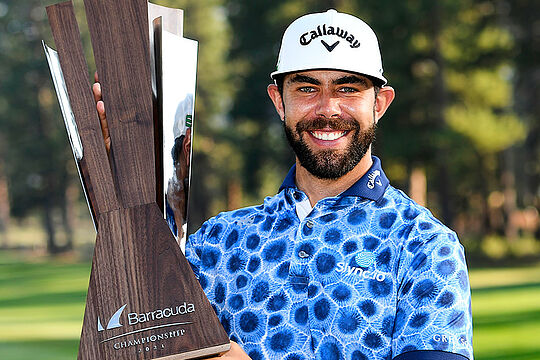 After finishing the front nine in the equivalent of four-under 32, van Rooyen played the back nine bogey free, earning six points for his three birdies to claim the victory.

“It’s massive. It’s massive,” said van Rooyen. “It’s been a difficult sort of 18 months for me golf-wise. I haven’t been playing well. There’s been glimpses of it the last six months. But I haven’t been able to put four good rounds together.”

Van Rooyen’s other main professional win was at the 2019 Scandinavian Invitational on the European Tour where he won with a stroke victory over England’s Matthew Fitzpatrick. Following a tied for third at the WGC-Mexico Championship in February 2020, he advanced to a career best 40th on the Official World Golf Ranking.

Van Rooyen was granted Special Temporary Membership until the end of the 2019–20 PGA Tour season after a T20 finish at the 2020 WGC-FedEx St. Jude Invitational in August 2020.