Another week, another social media apology.

This time it was South Africa’s Erik van Rooyen, who made the headlines for all the wrong reasons at the recent PGA Championship. 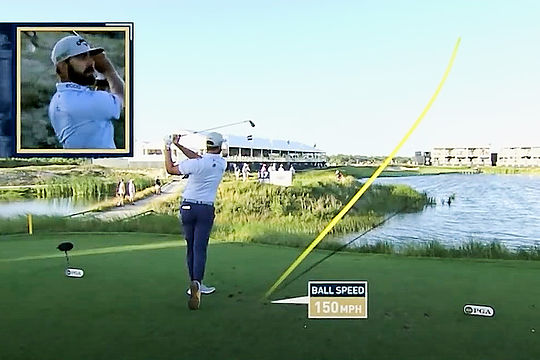 Following a long week at the treacherous Kiawah Island, the Pete Dye masterpiece finally got the better of him at the 17th tee in what turned out to be his second and final round.

The 31-year-old proceeded to take his frustration out on the 17th tee markers after a strong of bogeys on the back nine.

Unfortunately the destruction didn’t stop there as he quickly turned back for another go at the marker but this time his club head flew off the shaft and sent his playing partner’s caddie ducking for cover.

Van Rooyen ended the hole with a triple-bogey six and closed out the day with an 81 to miss the cut.

That appeared to be the end of the incident but the South African finally posted an apology during the week saying the outburst was “out of character”.

“Hey everyone, I’ve been quiet on here whilst I’ve done some reflecting.”

“My actions at the PGA Championship were unacceptable. I would like to apologise to my team, my sponsors, the PGA of America and the fans for letting you and myself down.”

“It was totally out of character for me and it should not have happened. I will learn from this and do better.”

Conspicuous by its absence was any reference to the marshals or Matt Wallace’s caddie, Gareth Lord, who was directly in the firing line. Hopefully apologies were made in private to all of those involved.

Also, surely this type of behave should attract a substantial fine from the PGA of America or the PGA Tour?