Wade Ormsby has secured a top-5 finish at the Scandinavian Invitation at Hills Golf and Sports Club in Gothenburg, Sweden and in the process improved his chances of making the season ending championship in Dubai.

Ormsby finished at 13-under, six behind the winner South Africa’s Erik Van Rooyen. 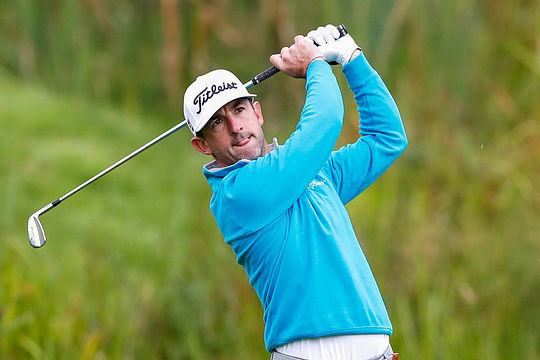 Van Rooyen earned his first European Tour win with a one-stroke win after birdieing the final hole to hold off England’s Matthew Fitzpatrick. Van Rooyen was last season’s European Challenge Tour Graduate of the Year and arrived at Hills Golf & Sports Club having finished second three times on the European Tour, twice on the 2019 Race to Dubai.

He entered the final round with a one shot lead and was caught by Fitzpatrick and local favourite Henrik Stenson but led by two at the turn and stretched that lead to three on the back nine.

Fitzpatrick, the 2016 champion, produced a birdie-birdie finish for a 64 and when Van Rooyen bogeyed the 17th, the players were tied at 18-under heading down the last.

Van Rooyen was able to hold his nerve and the 29-year-old nailed a 4 metre putt on the last for birdie and the stroke win.

“I was so nervous on 18,” said Van Rooyen. “I’ve been putting so well all day and to hole that one to win, it’s my first one, it’s pretty cool. I’ve gone close a bunch of times and every time I’m in contention the question gets asked. I’m just so proud of myself… I’m over the moon.”

Van Rooyen’s victory is the 150th in European Tour history by a South African and moves him inside the top-10 on the Race to Dubai Rankings and in the process booked his spot in the season-ending DP World Tour Championship.

Scott Hend leads the Aussie charge in the Race to Dubai currently sitting 39th in the standings. Jason Scrivener is at 56th and in need of a solid result to secure his standing, Wade Ormsby is at 77th and Min Woo Lee at 92nd.

The top 50 players in the Race to Dubai Rankings will contest the season-ending US$8 million DP World Tour Championship at Jumeirah Golf Estates in Dubai from November 21-24 where US$3 million will be up for grabs for the winner, making it the richest first prize in world tournament golf.