Van Tonder breaks through on the big stage

Van Tonder birdied the final hole to card a 7-under-par 64 finishing at 21-under with Janewattananond to force the playoff. After regulation pars on the first two playoff holes van Tonder buried the third to gain his victory. 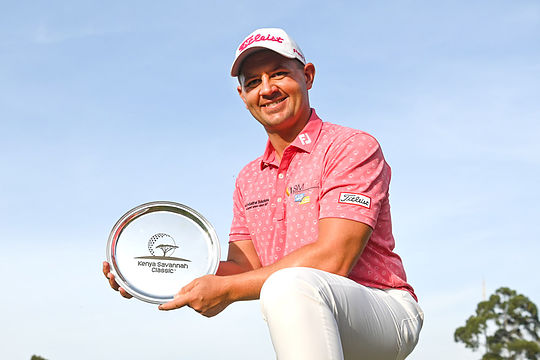 It was van Tonder’s fifth win in eight months after winning four times on the secondary Sunshine Tour. Van Tonder becomes the second South African to win in a week on the European Tour after Justin Harding claimed victory at the Kenya Open.

“I felt at the first tournament I wasn’t swinging it as well or trusting my shape,” said van Tonder. “I missed the cut by one…I didn’t let that get us down, I worked hard in the few days and it worked this week.”

“I’ve had wins on the Sunshine Tour, but this win is very special. It’s very exciting. We’ve been working hard. It took a while, but it came and I’m very happy – my wife is over the moon. I’ve been waiting for a while and finally it came.”