The event had its DP World Tour status removed last week after the discovery of the Omicron variant of COVID-19 and the subsequent travel ban on South Africa, making the event very much a local affair including PGA Tour players Garrick Higgo, Dylan Frittelli, and Christiaan Bezuidenhout. 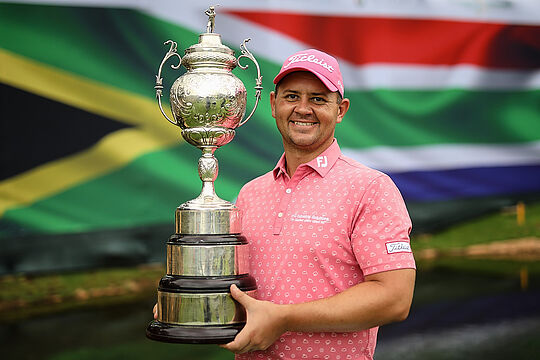 Van Tonder sunk a birdie putt on the last hole to hold off a late charge from home compatriot Oliver Bekker in a final round of 65 to finish at 16-under-par to win by a stroke.

“This is something I’ve dreamed about my whole life,” said van Tonder. “I don’t think there is a South African kid who doesn’t want to see his name on this trophy for the second oldest national championship in the world.”

In March 2021, van Tonder claimed his first European Tour victory at the Kenya Savannah Classic. He has appeared in just two majors, the 2021 PGA Championship and 2021 Open Championship.

The event was originally scheduled to be the second of three consecutive co-sanctioned events between the Sunshine Tour and the DP World Tour, only for the tournament to be downgraded after the discovery of the Omicron variant in the region.