The pride of Venezuelan golf, Jhonattan Vegas, will use next month’s Emirates Australian Open as the perfect warm-up for the World Cup of Golf.

Vegas will team up with his brother Julio to represent their country at Kingston Heath, where they will be outsiders in an international field. 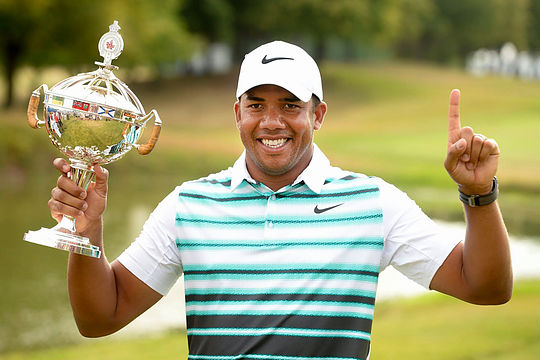 And Sydney fans will get to catch a glimpse of the impressive Canadian Open champion as he intends to have a good look around Sydney and keep his game on song with a tilt at the Stonehaven Cup in the process.

Both Vegas brothers will play their first Australian Open after accepting an invitation from Golf Australia to participate in the November 17-20 event.

“I am excited to make my first trip to play at the Emirates Australian Open and I especially look forward to being a part of an event that has great history and tradition,” said Jhonattan.

“With so many Aussies on the US PGA Tour, I have heard so many great things about Australia and the Australian Open.

“I can’t wait to explore all that Sydney has to offer – the pictures of Sydney Harbour and the surrounding beaches look absolutely amazing.

“Playing against my brother, Julio, at Royal Sydney will make the week even more special.

“I appreciate Golf Australia providing us with this opportunity.”

Tournament director Trevor Herden said Vegas, 32, would bring the fans in – just as he did when he fired a sublime 60, including a hole-in-one, in this year’s Barbasol Classic in Alabama.

“He’ll be one of the best ball strikers in the field, always something the fans enjoy,” said Herden.