Veterans qualify for the 2015 Open Championship

Jordan Spieth dominated but for three Australian veterans, there was the added bonus of a place in the 2015 British Open at St Andrews as the three best placed players in the Australian Open not yet qualified for The Open.

Rod Pampling, Brett Rumford and Greg Chalmers finished second, third and fourth respectively at The Australian Golf Club to secure their places at the ‘Home of Golf’ – St Andrews – next July. 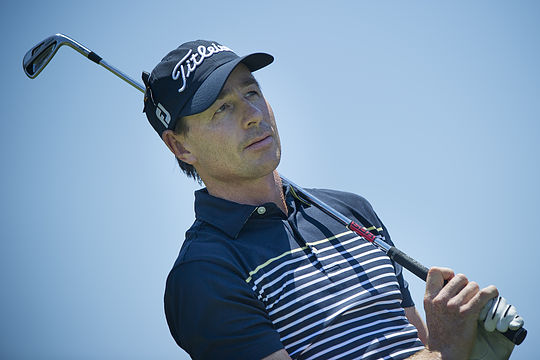 “Very excited to have a good solid round and back nine to finish the tournament, very rewarding.’ said Pampling. “I think I finished third behind Jordan however, daylight ran second!”

“It’s great (to return to The Open for an eighth time and his first since 2009), especially being back at St Andrews. That’s where golf started so I’m looking forward to it.”

For Chalmers, this will be his first Open Championship at St Andrews and only his third appearance at The Open since making his debut in 1998.

“It’s an occasion you can’t replicate, it will be brilliant,” an emotional Chalmers said.

“I’ve only been there twice for the Dunhill Links. I’ve never played a British Open there but I’m really pumped because my parents might come over, my wife and kids as well.”

“We’ll make a big trip and deal out of it, because I am getting old.”

Fellow West Australian Rumford has also had just a handful of appearances at The Open with limited success, a T16 in 2006 the only cut he has made in four previous appearances.