If the 2022 summer of golf wasn’t exciting enough already, Golf Australia has announced the return of the Vic Open following a year spent in isolation.

The mixed-gender event will take its place again on the Australasian PGA Tour and the WPGA Tour from February 10-13 at 13th Beach Golf Links on the Bellarine Peninsula. 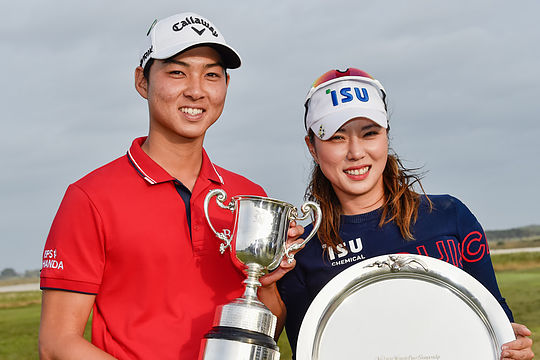 “We are excited about the 2022 event after last year’s absence and wanted to get it happening again because it’s far too good to let go.”

Next year also celebrates a decade since the historic tournament took the forward-thinking move to shift to equal prize money for both the men’s and women’s field.

And while the prize money will be significantly reduced from the $3 million on offer in 2019 as a European Tour co-sanctioned event, the $820,000 total ($410,000 each) still makes it the largest women’s prize purse event in Australia and the second largest for the men behind the Australian PGA Championship.

A field of 144 men and 72 women will tee off on Thursday before being whittled down to the top 35 and ties, who will play the final round on Sunday.

Min Woo Lee, a now-two-time European Tour winner and World Top-50 player, kick-started his career with a win at Vic Open in early 2020 and has confirmed he will return to defend his breakthrough title. His sister, LPGA Tour player, Minjee Lee, has also won the Women’s Vic Open on two occasions in 2014 and 2018.

Debuting in 1957, the Vic Open has a storied history and features an incredible list of past winners including Greg Norman, Peter Thomson, Gary Player, Ian Baker-Finch, Rodger Davis, David Graham, Robert Allenby and many more.