Leading lights on the European Tour will find it difficult to resist heading Down Under for a brace of events here this summer following the revelation that the 2019 Vic Open would now be part of their schedule.

European male professionals will now join some of our best women players at 13th Beach Golf Links at Barwon Heads after the world’s second-biggest tour locked in dates for February 7-10 to co-sanction the Vic Open. 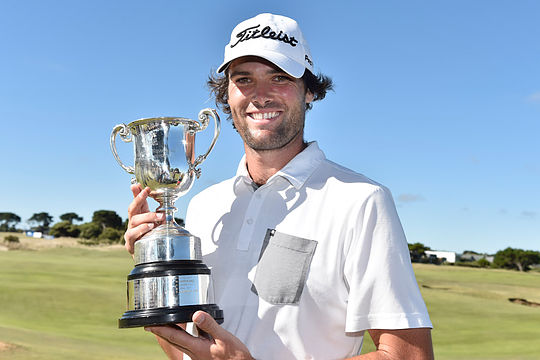 It also means that Aussie golf fans can look forward to back-to-back European Tour events on home soil for the first time in 15 years.

And after teeing it up in the Vic Open the leading men can then head west to Perth for the ISPS Handa World Super 6 event to be played the following week.

It’s good news for the women too with the Ladies European Tour (LET) and the ALPG combining to deliver the strongest women’s Vic Open field ever with the co-sanctioning agreement entering its third year.

With the ISPS Handa Women’s Australian Open also underway at The Grange GC in Adelaide the following week, the Vic Open will again kick off a bumper month of golf in Australia for the game’s best women.

“The co-sanctioning of both the men’s and women’s Vic Open events with the European Tour and Ladies European Tour further cements Victoria’s reputation as an international golf hub,” said Victoria’s Minister for Sport, John Eren.

“This ensures the tournament remains an important pathway for our local up and coming champions while at the same time raising its status on the world stage and bringing the best of the best to our own backyard.”

The last time the European Tour went back-to-back on Australian soil was the 2004 Heineken Classic at Royal Melbourne and the following week’s ANZ Championship in New South Wales.

And there will be more than just a slice of the biggest Vic Open prize pool ever on offer in Barwon Heads.

The men’s champion will earn an exemption on the European Tour until the end of the 2020 season and playing rights on the ISPS HANDA PGA Tour of Australasia through 2021.

Valuable Race To Dubai points will also be up for grabs in 2019, as the European Tour makes its second stop in Australia for the season after December’s Australian PGA Championship.