It was the first outright win for Victoria since 1996 with Su Hyun Oh and Julienne Soo finishing the series undefeated for the Victorians. 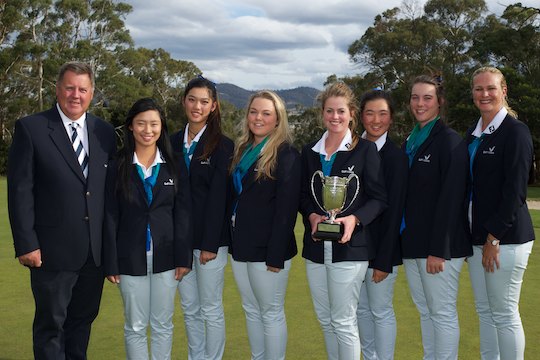 Each State was represented by six players who contested singles match play in a round robin format, concluding with last Friday’s final.

Claudia Pisano secured Western Australia’s only match with a 5&4 win over Tilly Poulson.

In the second consolation final, the Tasmanian women’s team recorded their first victory of the week with a 4-2 win over South Australia.