The Victorian Men’s Amateur championship is underway at Kingston Heath and Commonwealth Golf Club following the completion of the qualification series at the Port Phillip Amateur.

Cruze Strange from Royal Perth collected medallist honours with a one stroke victory over Queensland’s Daniel Nisbet to head into the 32 player elimination match-play stage of the championship. 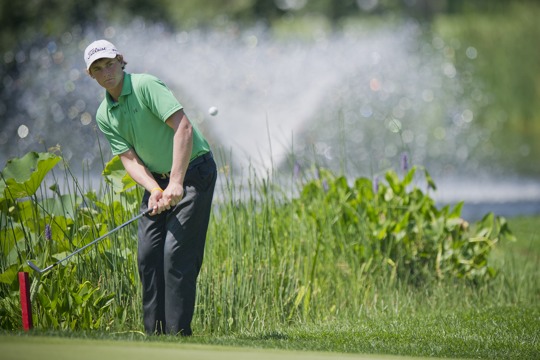 Sinnott comes off a recent victory at the Dunes Medal and is the highest ranked world amateur in this event (76th).

The Victorian featured prominently in the US last season where he made the cut in each event he entered, including a top-10 at The Players Amateur.

Nathan Holman is another to follow this week, with the 2010 Riversdale Cup winner one of our most promising amateurs.

Holman recently won the Portsea Open Amateur and, like Sinnott, played well last summer in the US.

It’s also worth following Michael Williams, medallist at the 2010 NSW Amateur, who is off a top-10 finish at The Dunes Medal.

Williams is in the process of returning to top-level amateur competition under the watchful eye of John Serhan following an extended break.

The quarter finals and 36-hole final are scheduled for Tuesday and Wednesday respectively at Commonwealth Golf Club in Melbourne.